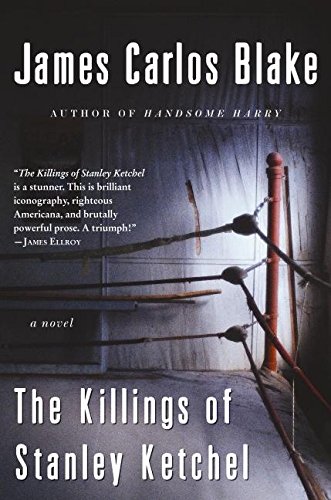 The Killings of Stanley Ketchel

The short, brutish life of Stanley Ketchel, the middleweight champion of the ragtime era who ruled the ring until his murder at age 24, serves as inspiration for Blake's action-packed new novel (after ). Blake follows Ketchel's career as he runs away from a loveless, violent farm home at age 15, "rides the rods" with the hoboes to Butte, Mont., where he first steps in the ring, and then goes pro in San Francisco. When Jack Johnson becomes heavyweight champ, the nation goes mad, and none more so than Ketchel, who itches to vanquish the confident black pugilist in a rematch. From Gibson Girl Evelyn Nesbitt, who enjoys a passionate liaison with Ketchel, to Emmett Dalton, last of the old-time outlaws, Blake brings to life a huge cast of characters across a glittering, vital America. The author writes with a loopy narrative drive, equal parts Dos Passos and Doctorow, suggesting vaguely that Ketchel's rage and murderous passions were at least in part inspired by a nostalgia for the Old West he had missed by a mere decade. Though the liberal embellishments of sex and violence can sometimes tip the book into weary cliché, Blake has spun a fascinating tale.