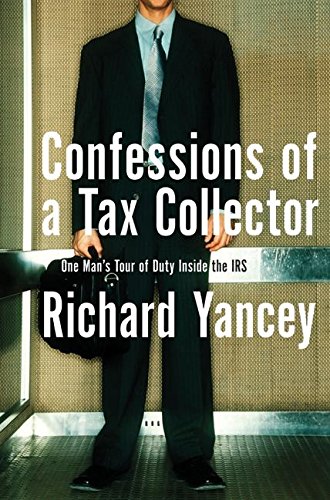 CONFESSIONS OF A TAX COLLECTOR: One Man's Tour of Duty Inside the IRS

After failing at a number of jobs, Yancey joined the IRS as a revenue officer in 1991 when he answered a want ad in the newspaper. As a revenue officer, Yancey was charged with collecting taxes from delinquent taxpayers. At the start of his career, Yancey was ambivalent about working for the IRS, but the longer he stayed with the organization the more seriously he took the job. A turning point came during a seizure (when the IRS seizes property from people who have been unable or unwilling to pay taxes), when Yancey stumbled across a band of tax protesters and took it as a personal challenge to root out as many protesters as possible—and in the course of doing so found himself living for his job. Yancey's account of his 12-year career starts out as a lighthearted look at his early days as an IRS trainee, but the tone is more somber and reflective as he becomes more enmeshed in his job, breaks up with his girlfriend, and finds himself isolated from nearly everyone outside of his workplace. There is a happy ending to the story, however, as Yancey marries his supervisor, quits the service and fulfills his dream of writing a book. His description of what life is like inside the IRS is generally engaging and shows the fallibility of a system that comprises, after all, men and women who have their own strengths and weaknesses.