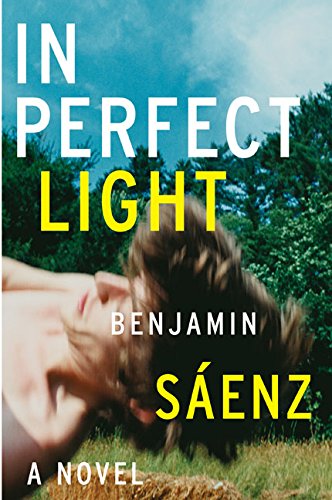 A poet, children's book author, former priest and author of , Saenz returns with the gut-wrenching drama of a Mexican-American family's dissolution. Ten-year-old Andrés Segovia sees his life ripped apart after his parents are killed in an El Paso auto accident. Older brother Mando steals Andrés and his sisters, Yolie and Ileana, away from their comfortable American foster home to a dismal life across the bridge in Juarez, Mexico, in a misguided attempt to preserve the family. The Juarez of the dispossessed is more or less lawless; it is also the favored destination of paroled American child molestors, a premise on which the story turns. Andrés, returning alone to El Paso a hardened and cynical young adult with violent tendencies, is counseled by therapist Grace Delgado, a single parent newly diagnosed with breast cancer; her son, with whom she has unresolved problems (and who is playfully named "Mister") is Andrés's age. As Grace slowly and painfully unearths the story of Andrés's tragic childhood, the two grow close, but it soon becomes clear that her life, Mister's and Andrés's have crossed before. Despite telegraphing the plot, Saenz offers beautifully nuanced characterization, and interweaves disparate needs and lives with a skillful, sensitive touch.