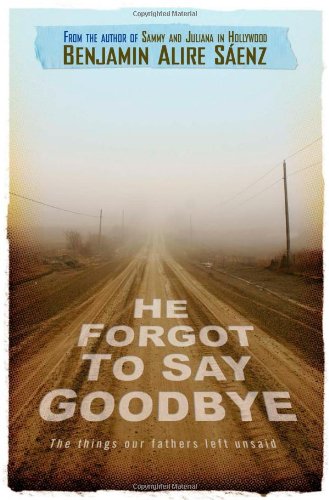 He Forgot to Say Goodbye

Setting this wise and trenchant coming-of-age story in El Paso, Tex., Sáenz ( ) alternates between two teenage narrators from very different backgrounds who nonetheless share the same disfiguring pain—their fathers walked out on them years ago. Soft-spoken Ramiro Lopez is the responsible son of a hardworking single mother, a role that intensifies when his bitter younger brother overdoses on heroin; Ram's high school is next door to that of combative Jake Upthegrove, who's disgusted with his mother and stepfather's shallow, materialistic values. As the characters endure traumatic events (Jake catches his stepfather in an affair; the overdose leaves Ram's brother brain-dead), the author shows them developing redemptive friendships—all the while preserving their highly individuated voices. The protagonists and their friends seem so real and earn the audience's loyalty so legitimately that it will be hard for readers to part from them. Ages 12–up.