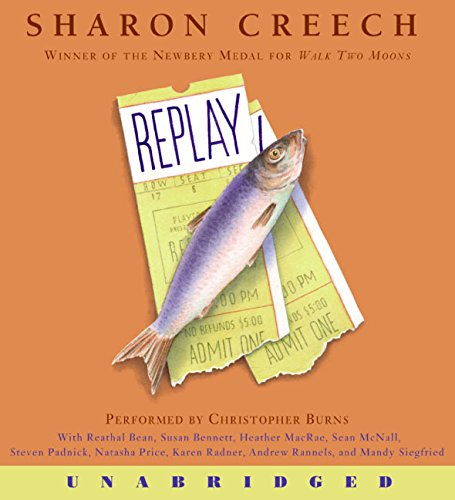 The play's the thing in this uneven audio adaptation of Creech's latest novel. Though he has a grand imagination and big dreams, young Leo often feels invisible in his large Italian family. None of his accomplishments seems to measure up to his siblings' efforts and he is the only one excited about his winning a role in the school production of drama teacher Mr. Beeber's play. Along with learning his lines, Leo spends much of his time rewinding and replaying scenes from his life, of course, dramatically fashioned to his liking. But fantasy and reality dovetail nicely at the end as Leo learns more about his family and his role in it. The elements of the play-within-the-novel device and the inclusion of Leo's frequent daydreams make the story's transition to audio a bit rough. At the recording's outset, readers hear a lengthy listing of Leo's extended family members as well as a recitation of the cast list for the play. These components may prove helpful in print, but are overwhelming and somewhat confusing on audio. Throughout, Burns reads with an often halting rhythm, rarely allowing readers to catch the beat of the tale, or of some of the more poignant or humorous bits in the writing. His deep voice frequently sounds like an old-fashioned radio announcer, which sometimes detracts from the youthful underpinnings here. Unfortunately, a full-cast reading of the bizarre school play at the end is an exercise in patience. Ages 8-12.