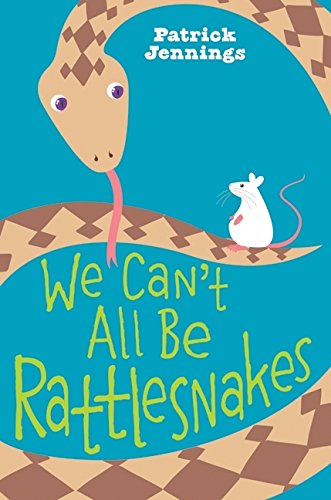 We Can't All Be Rattlesnakes

Told by Crusher, a gopher snake, this pointed story might encourage middle-graders to rethink their relationships to any pets that are incarcerated in cages. Briefly mistaken for a rattlesnake, the venomless Crusher is caught by Gunnar, “an oily, filthy, fleshy human child” who displays an outsize insensitivity to his collection of creatures. Gunnar's mother, who never follows through on either threats or promises, and his uninvolved father do not build a strong case for the humans in this tale, although their characterizations explain a lot about Gunnar's expectations of his “pets.” Advised by Gunnar's other captive reptiles, Crusher decides that her best chance at freedom lies in pretending to be fully domesticated; the trouble is, she begins to feel sorry for Gunnar. While the interspecies dialogue doesn't reach the heights of James Howe's Bunnicula comedies, the humor here is more acerbic and the focus more squarely on the human interactions. Ages 8–12.