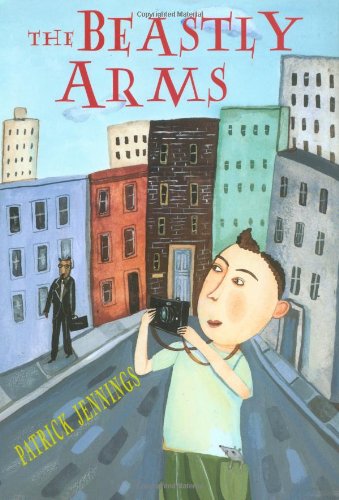 Featuring colorful characters, a hint of mystery and an unusual perspective on urban life, Jennings's (; ) winsome novel traces the remarkable discoveries of Nickel Dill, an 11-year-old nature lover and photography buff. Walking around the city with his camera (passed down by his grandfather), Nickel looks beyond the crowds and grime. His artist's eye allows him to see wildlife in cloud formations ("There's a mud puppy, catching a ball.... And the shrew who threw it!") and he gives each of his neighbors an animal identity ("Mr. Huddleston, the flower-stand man, was a bobcat, with his goatee and hairy ears, and Agatha, the pie lady, was a walrus"). When the rent goes up on their apartment, the boy and his mother are forced to move. One day while they are apartment hunting, they come across a mysterious man named Mr. Beastly (Nickel "couldn't put his finger on what kind of animal he was"), who offers them an apartment in his building for an incredibly low rent. Jennings doles out just enough clues to the Beastly Arms' history—such as Mr. Beastly's fascination with Nick's pet kangaroo rat and the litter box smell that permeates the building—to keep pages turning at a rapid rate. Nickel's passion for photography and his touching relationships with both his mother and his best friend, Inez, lay the groundwork for his ability to recognize and appreciate Mr. Beastly's gifts. Readers will remain alert and entertained as they wait to find out what secrets the young hero will uncover. Ages 10-up.