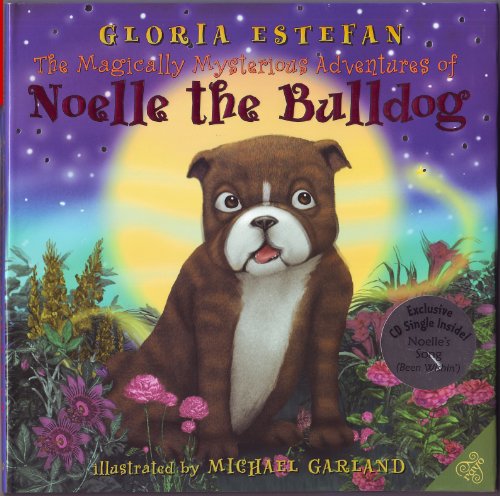 The Magically Mysterious Adventures of Noelle the Bulldog

As singer/songwriter Estefan's first book opens, a girl welcomes her new pet: "With most of her features so oddly arranged,/ compared to most Bulldogs she looked a bit strange." Noelle soon learns that she otherwise fails to measure up: she can't run fast like Dalmatians and sinks when she tries to swim with the fish. Clunky rhymes (as when the fish spout, " 'We thought everyone everywhere knew how to swim.'/ 'So did I,' said Noelle. 'That's why I jumped in!'") lead up to a predictable outcome. A sunflower tries to reassure the pooch ("You're quite special, Noelle, with a look you can't beat./ Dark and rich like the earth and, like chocolate, so sweet"), and Noelle dreams of the day "she'd find her mysterious, magical way," which comes the next morning (e.g., she crawls under a car to retrieve a ball for the Dalmatians and rescues a stranded fish). Garland's ( ) electric-hued, at times garish digital artwork is as lacking in subtlety as the narrative. Estefan's talent is better showcased in "Noelle's Song (Been Wishin')" about finding a friend, performed on an accompanying CD. The book will be released simultaneously in a Spanish-language edition, (ISBN 0-06-082626-6). Ages 4-8.