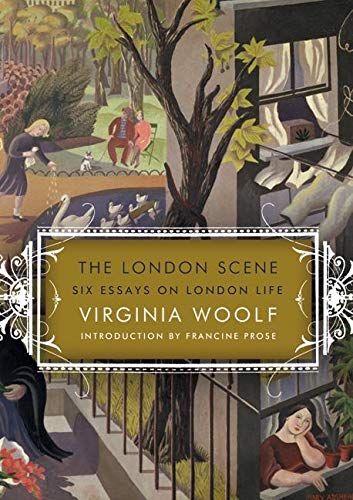 As novelist Prose notes in her perceptive introduction, Woolf demonstrates a huge affection for her hometown—like her heroine Clarissa Dalloway, whose stream-of-consciousness litany at the opening of famously listed London as one of her true loves–in six essays originally commissioned for the British edition of magazine in 1931–1932. Woolf takes us to historian Carlyle's Chelsea home, without running water and full of coal smoke, where "two of the most nervous and exacting people of their time" fought "for cleanliness and warmth." Keats's orderly and self-controlled Hampstead abode, says Woolf, belies the poet's youthful, anguished death. The romance of watching ships coming home to harbor contrasts sharply with the decrepitude of the warehouses that line the banks of the Thames, and the cheapness and glitter of Oxford Street attract bargain hunters galore. The voices of the dead poets buried in Westminster Abbey continue to question the meaning of existence, and a salon percolates with the conversations of living artists, writers, actors and politicians. Prose points out that while this mini-guidebook may not list the hottest restaurants, and London's skyline has changed dramatically since the city's bombing in WWII, Woolf is still a charming, relevant companion to the delights of a great metropolis. 6 b&w illus.