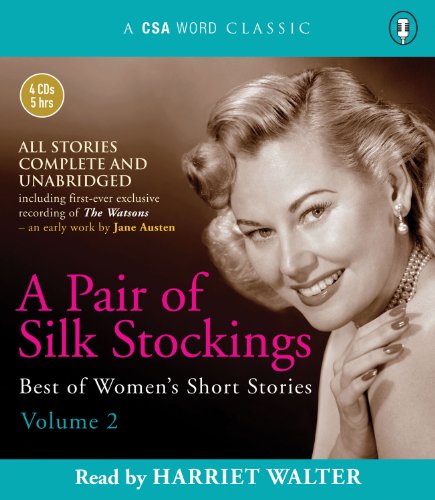 It is a truth universally acknowledged that an anthology of women writers must be in want of Jane Austen. “The Watsons,” a precursor to Emma, is the obligatory entry, but it is lesser Austen. The selection veers off the beaten path, by choosing other relatively obscure works by well-known authors (e.g., Mary Shelley and Virginia Woolf) along with compelling tales by noncanonical writers (L.M. Montgomery). Harriet Walter performs competently, but her range is narrow. She is clueless about the New Orleans accents and rhythms that should enliven Kate Chopin's “A Pair of Silk Stockings.” She does best when parsing the innuendos of class in Britain, as in Winnifred Holtby's “The Wronged Woman.” The result is a mixed bag inferior to the Selected Shorts series produced by Symphony Space.