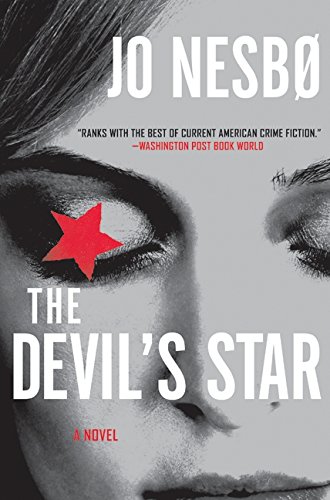 A serial killer taunts Harry Hole in Nesbø's searing third crime novel to feature the Oslo police detective to be made available in the U.S. (after ). Still suffering from alcohol-fueled demons and obsessed with hunting for evidence against a clearly dirty cop, Hole grudgingly agrees to help look into the murder of a woman whose finger has been amputated and a red diamond stuck under her eyelid. More bodies follow, with the murderer leaving identical five-pointed diamonds (the titular devil's star) at each crime scene. At first the killings appear to be random, but Hole soon discovers an ominous pattern. Nesbø brilliantly incorporates threads from earlier novels, including Hole's often tumultuous relationship with his lover, Rakel, without ever losing the current story's rhythm. Even with—or perhaps because of—his flaws, Hole is arguably one of today's most fascinating fictional detectives.