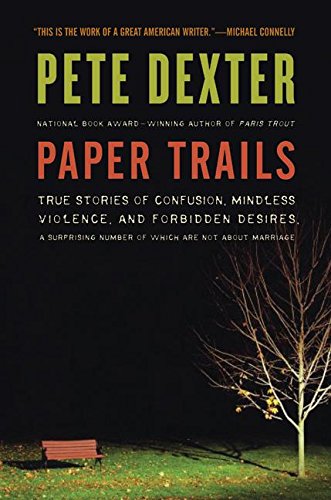 In this sprawling collection of finely etched prose, noted novelist Dexter ( ) lays bare the darker workings of the human experience. Assembled mostly from his newspaper columns for the and the these short pieces chronicle the often violent, sometimes tender foibles of the denizens of America's lower socioeconomic strata. Senseless crimes are committed, alcohol flows like water and lives are damaged beyond repair. In clipped, world-weary prose, Dexter writes of Joline, a prostitute working the streets of West Sacramento—"The rent is $95 a week, and she still owes the manager fifty. She says that is two dates, maybe three. Joline is twenty-three years old. She says she'll have it in two hours." The stories are imbued with the spirit of the ink-stained old school journalist. While not all the tales are of degradation and mishap—Dexter writes tenderly of his wife and child—the self-inflicted woes of the less fortunate stay with you. "Mummers Day on Two Street: The body is laid out on the corner. The pink dress is pulled up around the neck, which is painted green. The eyes are partly open; but when you look into them all you see is white." With authority and a strange grace, Dexter has crafted a powerful portrait of the underbelly of the American Dream.