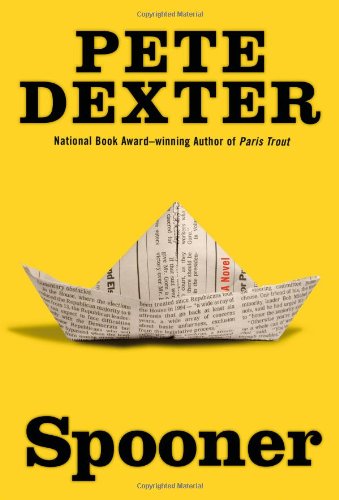 What can you do when your twin brother, dead at birth, is your mother's favorite? This is only one of the burdens placed on young Warren Spooner, the hero of National Book Award–winner Dexter's calamitously funny and riotously tragic new novel. Spooner, who tends toward a life of criminal mischief, turns out to be a baseball phenom, but after an elbow injury puts an end to his pitching career, he ends up a newspaper reporter in Philadelphia, where he's so universally disliked that firing him is at the top of his editor's to-do list. Spooner eventually settles down, becomes a columnist and published novelist, and starts a family. He is dogged, though, by a combination of bad luck and bad judgment, and eventually retreats to Whidbey Island, off the coast of Washington State, where he learns that good fences don't necessarily make good neighbors. Spooner's story is juxtaposed with that of his stepfather, Calmer Ottosson, a naval officer turned high school principal, whose dedication to his family is in direct contrast to his stepson's bellicose adventures. Although raggedly plotted, the rambunctious narrative is filled with hilarious scenes, including a naval burial at sea that goes horribly awry, a literary luncheon featuring Spooner and Margaret Truman that ends with a stampede of little old ladies, and a misguided act of vengeance that backfires and puts Spooner in the hospital. The novel's premise—that life is one big vale of tears and that writing about it wittily and exuberantly is the best one can do—might not work in real life, but it pays off in spades for Dexter and his tragicomically conflicted alter ego.