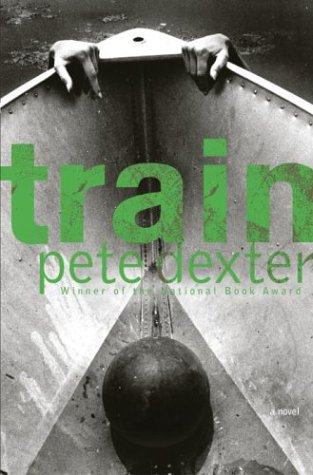 National Book Award winner Dexter's new book is about pain: the men and women who deliver the emotional and physical blows and the limits of those who bend and break beneath them. This is a theme that runs like a dark thread through Dexter's work, from his prize-winning to . In his latest, no one escapes unscathed, and that includes the reader. It's 1953, and Lionel Walk, a black 18-year-old caddy known as Train, works at an exclusive Los Angeles golf course. The members there are cruel and bigoted, the other caddies violent and criminal. Train is badly treated by everyone except enigmatic golfer Miller Packard, who plays a decent game and recognizes that Train has a special talent for the sport. Packard is a police sergeant who comes to the rescue of beautiful Norah Rose when she is viciously attacked and her husband is slaughtered in an attempted boat hijacking. Packard and Norah fall in love, and he moves into her Beverly Hills home. Meanwhile, Train loses his job and eventually finds work as a groundskeeper at the rundown Paradise Developments golf course. He gets the course back into shape, but this hopeful interlude cannot last. A botched tree-removal project ends in tragic farce, and Train is set adrift again. Packard—a rescuer once more—finds Train, turns him into a golf shark and wins thousands on the boy's exceptional talent. In clear, pitch-perfect prose, Dexter moves the relentless story forward, exposing the ironies and dark undercurrents of charitable actions. The calamitous conclusion looms over the novel from the start, and it comes just as the reader knows it must.