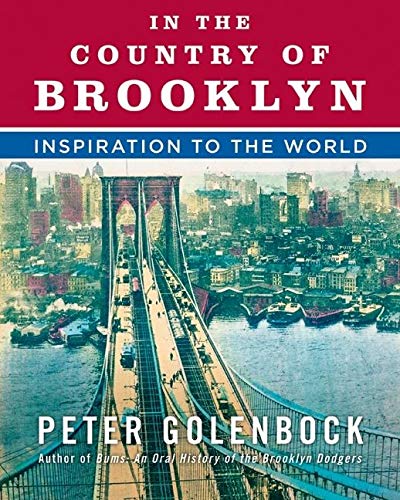 In the Country of Brooklyn: Inspiration to the World

Brooklynites of varying ethnic and religious backgrounds tell their stories in this oral history of the newly hip New York borough of Brooklyn. Boxer Peter Spanakos, son of Greek immigrants, tells how his brother caught Peter’s Olympic teammate Muhammad Ali drinking out of a bidet in their Rome hotel room. Newspaper columnist Pete Hamill talks about the optimism that defined working-class Brooklyn after WWII. Dave Radens’s Muslim mother never spoke to him again after he married a Jew, and when the eminent black scholar John Hope Franklin became head of Brooklyn College’s history department in 1956. he faced white hostility while looking for a house near campus. Golenbock wrote , an oral history of the Dodgers, and several of his interviewees rhapsodize over the team and Jackie Robinson. Locals will notice that Golenbock lets politicians and developers cheerlead for the controversial Atlantic Yards development while giving short shrift to the opposition. Many of these stories are engrossing and authentic, but also unfocused and rambling. The dearth of female interviewees and younger Brooklynites may limit the book’s appeal. Photos.