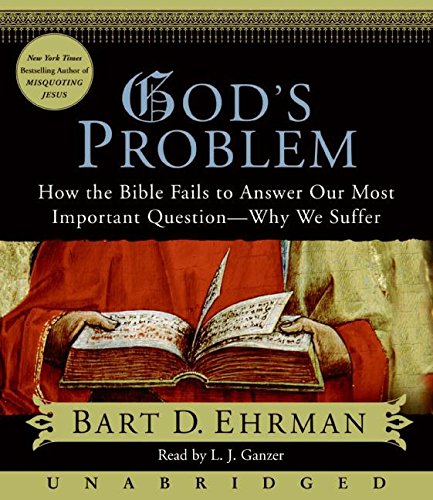 Noted religion scholar and agnostic Ehrman explores the divergent array of biblical perspectives on the essential question of suffering. Ehrman also traces his own journey from belief to doubt as he puts forth a case for why both Old and New Testament teachings fail to reconcile the concept of a loving God with the reality of human misery. L.J. Ganser, a 2005 Audie winner for Russell Shorto's , sets an animated professorial tone that is appropriate to both the weighty nature of Ehrman's argument and the author's wry, irreverent commentary. Ironically, the musical interludes between the discs—coupled with Ehrman's extensive Scriptural readings—evoke a Sunday School vibe. Ganser gives voice to Ehrman as a thoughtful curmudgeon in the national dialogue about faith; a figure whose challenges to orthodoxy somehow manage to steer clear of the caustic polarization that characterizes much of the current culture war.