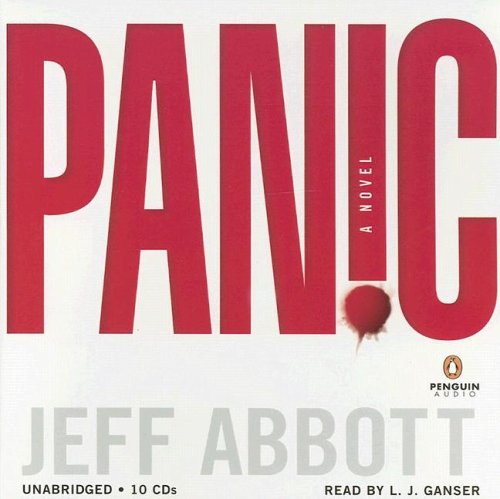 Not many audio versions of thrillers start with the bang that Abbott and Ganser bring to this story about a young man whose life explodes one spring morning. Evan Casher is a rising young documentary filmmaker, living in Houston, who is awakened early by a phone call from his mother, begging him to rush to the family home in Austin for reasons she can't explain on the phone. Ganser, veteran of 150 audio books, perfectly catches the mixture of frustration and annoyance in Evan's reluctant agreement and his attempts to reach his father—supposedly off on a sales trip to Australia—as well as his new ladyfriend, Carrie, back in Houston. Then, in a beautifully written and sensitively read moment of pure horror made all the more powerful by its understatement, Evan arrives in Austin to find his mother's body on the kitchen floor. She has been garroted with a wire. Her killers attack Evan, who is saved by the arrival of a mysterious stranger with a shotgun. Ganser brings all of Abbott's many characters—the killers, the baffled police and the ambiguous Carrie, who might be working for the enemy—to instant, unhyped life, letting Abbott's story about a man whose past has been an elaborate pretense unwind with breath-catching strength.