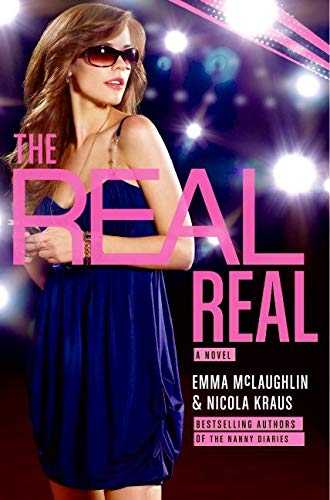 Long Island girl Jesse O’Rourke is a down-to-earth Have-Not among the glamorous, vacuous Haves at Hampton High. But all this changes when she’s one of the lucky six chosen to star in a reality-TV show called . From the authors of , this first venture into YA functions as a reality-TV exposé about how the genre corrupts those who play along—even a regular girl like Jesse. For $40,000 toward college, Jesse risks everything—her best friendship, dignity, values, respect from her parents and even getting the right guy—as TV producers stage ridiculous, fake situations for these high school “stars” that lead to humiliation, backstabbing and other shock-value fare. And things only get worse once the show airs (“ stop looking every time someone calls my name,” thinks Jesse after passersby harass her while she’s picking up the mail.) Though the endgame payback lacks punch—its purpose is to set up a sequel—with this lighter-than-air page-turner the authors deliver a fast-paced, fun read. Ages 14–up.