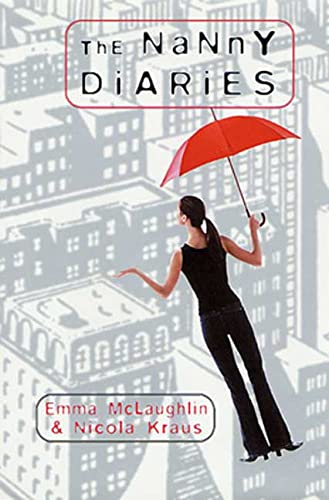 Two former Manhattan nannies blow the lid off of the private child-care industry with a hilarious debut that pulls no punches as it recounts the travails of Nan, a hip Mary Poppins looking for a job to fit around her child-development classes at NYU. Mrs. X seems reasonable enough when she hires Nan to look after her four-year-old son, Grayer, but she quickly reveals herself to be a monster—a bundle of neuroses wrapped up in Prada, whose son is little more than another status symbol in a fabulous Park Avenue apartment. Mr. X is just as horrible, although he's rarely seen or heard, too busy navigating mergers and mistresses to make time for a family starving for his affection. Nan finds herself stuck in a low-paying job from which she can be fired on a whim, enduring a steady stream of condescension, indifference and passive-aggressive notes on Mrs. X's posh stationery. Against the advice of family and friends, she stays because of her devotion to Grayer—but how long will it be before she explodes? The pages fairly crackle with class resentment that might have been more convincing if Nanny's own family weren't as comfortable, and the finale delivers more whimper than bang, but it's easy to forgive such flaws when everything else rings true. Especially impressive is the authors' ability to allow the loathsome Mrs. X occasional flashes of humanity and pathos. Required reading for parents and the women they hire to do their parenting.