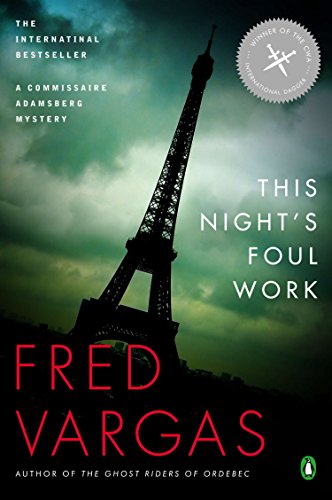 The outstanding fourth whodunit to be made available in the U.S. from Vargas ( ) makes it's easy to see why he's twice won the CWA's International Dagger Award. Paris Commissaire Jean-Baptiste Adamsberg, an endearing oddball sleuth in the tradition of John Dickson Carr's Henry Merrivale, is convinced that the two narcotics dealers recently found with slit throats weren't the victims of business rivals, relying largely on his intuition and the unexplained presence of dirt under the dead men's fingernails. Adamsberg's dogged pursuit of small details leads him to a series of unusual mutilations of wild deer as well as to a serial killer who targets virgins and may be seeking the ingredients to an elixir for eternal life. While the final twist will be less than shocking to some readers, the immensely enjoyable prose, seasoned liberally with humor, should help the author gain the larger American audience he deserves.