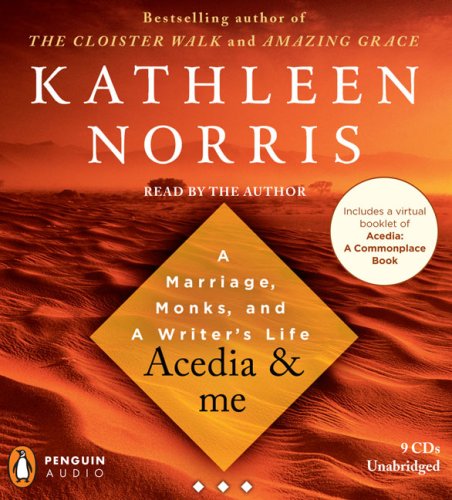 Norris's magnificent spiritual memoir of acedia (a complex cousin of depression) gets an uneven audio treatment. At times, Norris's straightforward and monotonous delivery doesn't do justice to the aching beauty of her prose. However, there is a powerful simplicity to having Norris relate her own story, especially since even the most dramatic sequences—such as when her husband disappeared and planned to kill himself—are rendered without the overwrought Sturm und Drang that other narrators might attempt. Her performance is generally dispassionate, her most animated moments not when she is describing her own spiritual journey but when she incisively critiques the narcissism of American culture. The final disc contains a PDF of Norris's “commonplace book” of favorite quotations on acedia, ranging from early church sages like Anthony the Great and Norris's beloved Evagrius to F. Scott Fitzgerald and Ian Fleming.