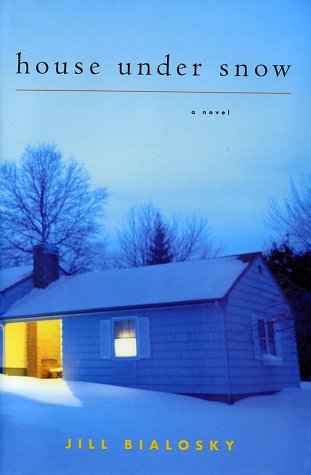 Bialosky is an editor at Norton, already esteemed as a poet (), and this lacerating first novel bears many traces of a poet's imagery and concentration. It is the story of a mother with three young daughters, devastated by the accidental death of her husband and the toll it takes on all their lives. Hardest hit is the mother, insecure but sexually enticing Lilly Crane, whose dreamy self-regard quickly turns rancid. She spends hours primping for new boyfriends, enters into a hasty and doomed second marriage and gradually, as her romantic disasters accumulate, withdraws into sleep and forgetfulness. It is a terrifying portrait, drawn with a fierce mix of love, regret and open-eyed candor. Her 15-year-old daughter Anna, the narrator, has many crosses to bear; apart from worrying about her sisters, 14-year-old Louise and 16-year-old Ruthie, both of whom find their own uneasy escapes from an intolerable situation, she suffers the agonies of a first love with a boy she depends on until she gradually realizes he is more fragile than she is. These relationships, drawn with great subtlety and an almost Lawrentian poetry and sensuality, are at the heart of the book, but the setting—suburban Cleveland in the '60s and '70s—is also evoked with telling detail and a wondrous sense of the difficulties of endurance. The central image, of a life almost stifled out of existence, is brilliantly maintained, and the ultimate effect of the book is to evoke a powerful sense of life's infinite mysteries, flourishing amid its squalors and terrors.