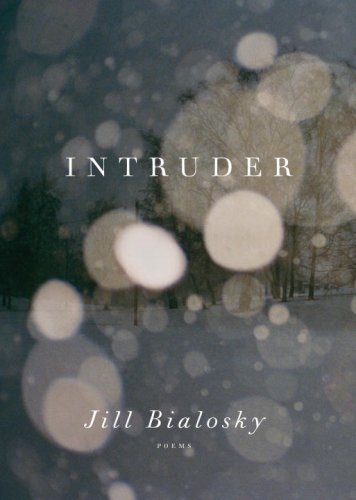 More self-assured and powerful than her first two, this third book of verse from Bialosky ( ) modulates between restrained happiness and unpredictable sorrow, beginning by observing her grade-school–aged son, proceeding through troubles in a longstanding marriage and returning time and again to her sense of poetic mission. A dead friend, remembered in “Snow in April,” shows Bialosky “the torment one sees in those who have the need// to understand, to discover, to know, to transcend// the landlocked self.” Her lines suggest persistent debts to Louise Glück, whose cadences echo perhaps too strongly throughout these poems. Bialosky is also a novelist and an editor at Norton; these poems show both a storyteller's gift for implicit narrative and a sophisticate's sense of the other arts, with a sequence of short poems based on paintings by Eric Fischl, along with unrhymed sonnets, a skillful sestina and a handful of titles beginning “The Poet...” (for example, “The Poet Discovers the Significance of the Old Manuscripts”). Bialosky's book ends up undeniably personal, confirming her in the most serious of all her vocations: the setting down of a tumultuous inner life into clear, shared words.