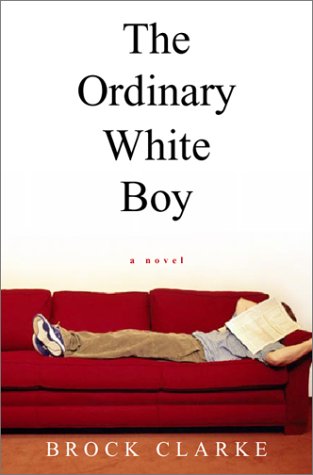 This first novel has a familiar protagonist and setting: a bright youth trying to come to terms with life in a depressed and depressing little town in upstate New York. Clarke is no Richard Russo or Russell Banks, however, both of whom have done comic and poignant wonders with similar material. Twenty-seven-year-old Lamar Kerry is still living at home in Little Falls, a mile from his weak-kneed newspaper editor father and his multiple sclerosis-afflicted mother. His girlfriend, Glori, works as a school secretary; his best friend, Andrew, is planning, rather nervously, to become a prison guard at the new jail (at least the pay is good), and Lamar hangs around his father's newspaper office doing odd reporting jobs. The community is nonplussed when jeweler Mark Ramirez, the only Latino in town, goes missing and racial motives are suspected. For a time it looks as if this may stir Lamar into action, but when he interviews community members about their reactions to the crime, he realizes that he is as myopic as they are, and he proves hopelessly inept when Ramirez's wife reaches out to him for help. In the end Lamar does nothing much. He and Glori fumble along in their relationship; he and Andrew go on a drunken, self-destructive road trip. The mystery of the murder is solved in a way that absolves the town from its racism. And Lamar plans to go on hiding his head in the sand. This rather dull tale could have been redeemed by a genuinely comic vision, or some lively characterizations, but Clarke's style (which tends towards ending chapters with lines like "So that's what I do.") is as flat as life in Little Falls. Despite his would-be wise-guy perceptions and underlying decency, Lamar kindles few sparks.