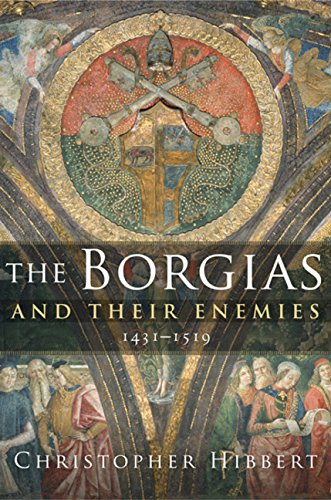 Acclaimed British historian Hibbert's latest work focuses on three members of the notorious Borgia family of Spain, who came to power in Rome with the election of Alfonso de Borgia (1378–1458), the scholarly bishop of Valencia, to the papacy as Calixtus III. Calixtus's nephew Cardinal Rodrigo Borgia (1431–1503) was known for decadence as well as keen administrative skills. Cardinal Rodrigo played a key role in electing Pope Sixtus IV, had a lucrative career as vice chancellor under five popes, fathered several children and bribed his way to becoming pope himself, as Alexander VI, in 1492. His children were infamous, including the unscrupulous military leader and politician Cesare (1475–1507), who inspired Machiavelli's and murdered his own brother and brother-in-law to achieve his goals, while his daughter Lucrezia (1480–1519) overcame an incestuous reputation to become a respected patron of the arts as duchess of Ferrara. The book is a heavily researched and generally engrossing account of a famous dynasty, but readers may wish Hibbert ( ) had used a more assertive and analytical voice to accompany the detailed descriptions of Renaissance life.