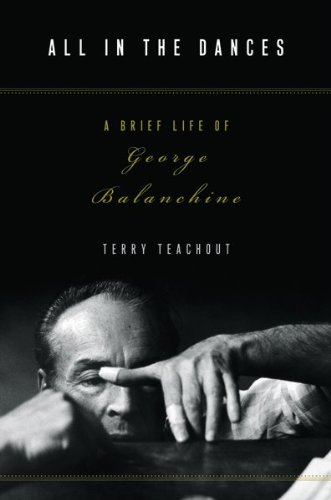 ALL IN THE DANCES: A Brief Life of George Balanchine

So said Twyla Tharp. This year is the centenary of the birth of master choreographer George Balanchine (d. 1983), who propelled ballet into the 20th century with the neoclassical style. Two excellent short studies—one a viewer's guide for beginners, one a short bio for novices and sophisticates alike—offer perspectives on the life and work of Mr. B (as he was affectionately known).