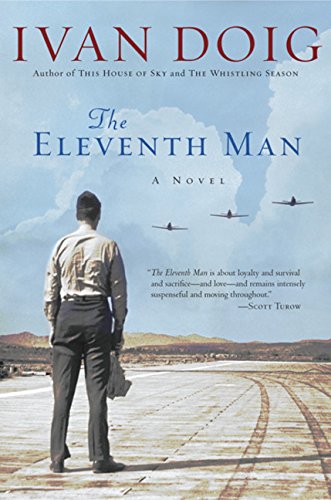 In the solid latest from veteran novelist Doig ( ), 11 starters of a close-knit Montana college championship football team enlist as the U.S. hits the thick of WWII and are capriciously flung around the globe in various branches of the service. Ben Reinking, initially slated for pilot training, is jerked from his plane and more or less forced to become a war correspondent for the semisecret Threshold Press War Project, a propaganda arm of the combined armed forces. His orders: to travel the world, visiting and writing profiles on each of his heroic teammates. The fetching Women's Airforce Service Pilot who flies him around, Cass Standish, is married to a soldier fighting in the South Pacific, which leads to anguish for them both (think Alan Ladd and Loretta Young). Meanwhile, Ben's former teammates are being killed one by one, often, it seems, being deliberately put into harm's way. Doig adroitly keeps Ben on track, offering an old-fashioned greatest generation story, well told.