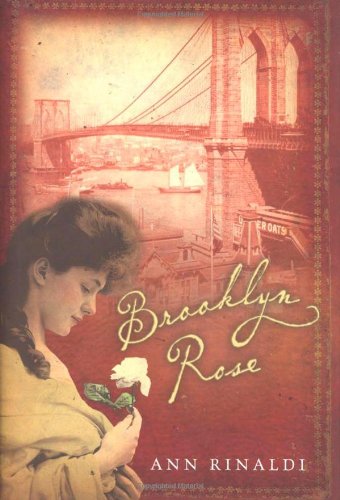 Rinaldi's novel set at the turn of the 20th century imagines her grandparents' romance in diary format through the eyes of her grandmother, a then 15-year-old Rose. Rose loves her home on Saint Helena's Island, off the coast of South Carolina, but her father's financial difficulties, her sister's betrothal and the arrival of a wealthy, attractive French silk importer named Rene Dumarest slowly nudge Rose out of childhood, toward womanhood. ("It pleases my family to treat me like a woman, it seems, when they want me to act like one. But otherwise I'm still considered a child.") Fans of romance will be swept up in the subtleties of her courtship by Rene, and readers will likely identify with Rose as she balances the natural impulses of a teenager with her new role as mistress of the house after she marries Rene and moves with him to Brooklyn. Unfortunately, some of the more intriguing threads remain superficially developed or relegated to the sidelines, such as the hints at more mercenary reasons behind Rose's marriage, Rene's painful past and brewing racial tensions in Brooklyn. An unsatisfying ending contradicts Rinaldi's characterization of Rose as a bold spirit. Still, Rinaldi's fans will likely find this a well-paced, lighter offering. Ages 10-up.