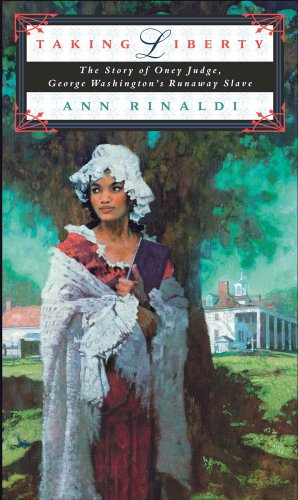 In this swiftly paced historical novel, Rinaldi () chronicles the life of Oney Judge, favorite "servant (they were never called slaves)" to Lady Martha Washington. By Oney's own admission in the prologue, as Lady Washington's "pet," she enjoyed "a life of comparative ease and even luxury." Oney surreptitiously learns to read (and though this violates the law, Lady Washington keeps her secret), wears fine clothes and accompanies the General's family to New York and Philadelphia. Rinaldi seamlessly weaves history and strong characters, from the mansion house to the servants' quarters, to offer a balanced portrait of their complex and contradictory interactions. The author demonstrates why Oney is reluctant to leave her "home" and "family." A free black woman Oney befriends in Philadelphia forewarns, "That's the worst way to be, you know, treated like a daughter.... It's another way of binding you to them." Rinaldi so persuasively portrays Oney's loyalty that when she realizes what the family truly thinks of her, readers may well feel as betrayed as Oney herself does. Some readers will be concerned that Rinaldi continues the use of the historically accurate term "Negroes" in her author's note, but the excerpts included from primary source material, including George Washington's writings, further illuminate the conflicts of the period. This memorable heroine and novel offer a thought-provoking exploration of the courage needed to grasp freedom. Ages 12-up.