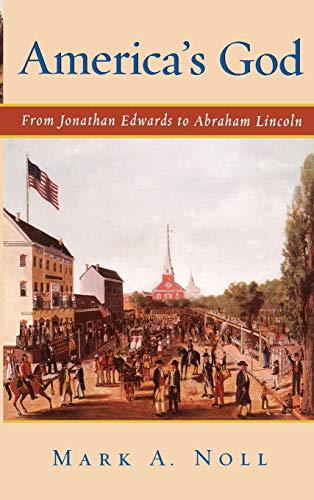 This "social history of theology" in America, from the colonial era through the Civil War, promises to reshape the way we think about American religion, and, indeed, American history. Noll, who teaches history at evangelicalism's premier liberal arts college, Wheaton, charts the changes and developments in American theology, but he does not approach this potentially technical and narrow topic from the fusty perspective of old-fashioned intellectual history. Rather, he embeds theology in American society, showing how, , printing presses, legislatures and war shaped, and were shaped by, theology. His gauntlet-throwing argument is that American theology (by which he means primarily Protestant theology) is markedly different from European theology. A specifically American evangelicalism, he contends, was forged during the Revolution and early Republic. Noll's story ends with the Civil War, which he claims reveals a "theological tragedy": the contradictions and complications of this distinctly American religion were exposed when, in war, the American project proved wanting. Noll's hints of the "post-Protestant, even post-Christian" post-bellum America will leave readers hoping for a sequel. Although this magnum opus will be of interest primarily to scholars, it could certainly be appreciated by a larger audience. Noll's trademark clarity—both in analysis and in prose—is in evidence here; unlike many academics, he does not make the reader hunt and strain to find (and follow) his argument. Equally obvious is Noll's erudite mastery of everything from Puritan ecclesiology to Scottish moral philosophy. This is, finally, the magisterial work that has long been expected from one of our leading historians.