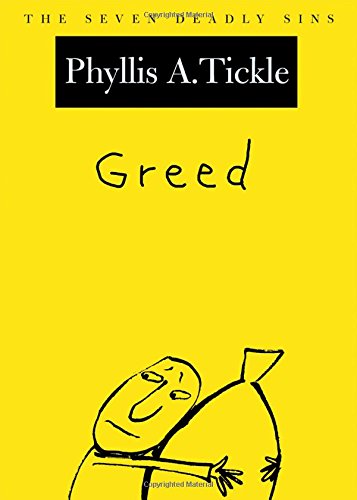 The most insidious and least obvious of offenses is addressed in a specifically religious context in this latest entry to Oxford's Seven Deadly Sins series. After a brief survey of the status of greed in non-Western religions, the meat of this essay from former religion editor Tickle is devoted to a sequence of (mostly visual) representations of greed that track the shift from what she terms the physical imagination of pre-Reformation Christianity to the modern "intellectual imagination" of religious thought. There is an inspired essay lurking in these pages, about how the transformation of greed from a specific offense against godliness to a brutal but amoral force of society is a potent indicator of how the essence of religion has changed in the modern era. Compelling, too, is Tickle's intuition that in our own epoch the transformation of greed into a kind of mass hysteria heralds a similarly huge shift. Her readings of very apt images by Bosch, Brueghel the Elder and the modern Italian painter Donizetti can get obscured by asides and qualifications (particularly on the evolution of religious sensibility in the West), however, and Erich von Stroheim's great film doesn't get the discussion it deserves. But Tickle's thoughtfulness and scholarship will make readers avaricious and leave them wanting more.