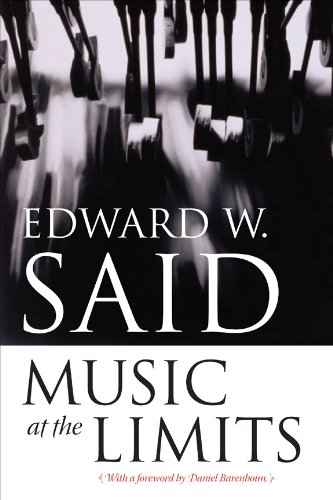 Music at the Limits

Though best known for his political writings ( ), Said was also, from 1986 until his death in 2003, the music critic for the , and this collection draws together reviews from that publication and other magazines. Said had very firm opinions and lashed out against New York City's classical music scene in the 1980s and early '90s for producing “safe but grimly uninteresting performances and repertories.” Instead of simply blaming “the intellectual cowardice of most contemporary musicians,” however, he was able to provide detailed technical critiques of a conductor's handling of a Beethoven symphony or a singer's inadequacies in a Wagnerian role. Glenn Gould's intellectualized style of playing was a source of fascination to the critic, and new biographies or films about the pianist would inevitably draw his attention. Said also writes about his friendship with Daniel Barenboim (who contributes an introduction), which leads to one of the few discussions of Middle Eastern politics; a review of the controversial opera sparks another. For the most part, however, his attention is strictly on the music, and he proves himself to have been astute and passionately engaged.