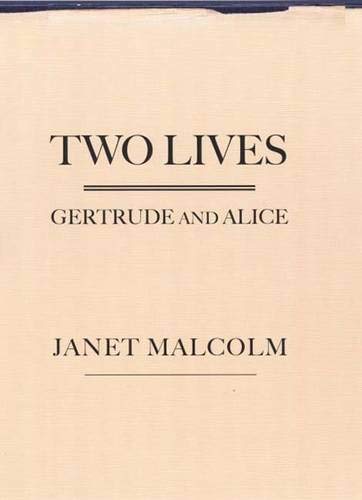 In this startling study of Stein and her partner, Alice B. Toklas, acclaimed journalist Malcolm ( ) puts their relationship in a new light, demonstrating that lives and biographies are not always self-evident. Through careful readings of Stein’s writing, Malcolm makes the case, quoting English professor Ulla Dydo, that Stein’s “lifting words from the lockstep of standard usage” was indeed, the work of a (granted, self-described) genius. Malcolm gets into more controversial territory in exploring Stein and Toklas’s stormy and complicated relationship—fraught with sadomasochistic emotional undercurrents—and their energetic sex life. But her real discovery is that Stein and Toklas—two elderly Jewish women—survived the German occupation of France because of their close friendship with the wealthy, anti-Semitic Frenchman Bernard Faÿ, a collaborator responsible for the deaths of hundreds of Freemasons. Faÿ continually intervened with the authorities on the pair’s behalf. This friendship was so deep that after the war Toklas helped the imprisoned Faÿ escape. Malcolm’s prose is a joy to read, and her passion for Stein’s writing and life is evident. This is a vital addition to Stein criticism as well as an important work that critiques the political responsibility of the artist (even a genius) to the larger world. Photos.