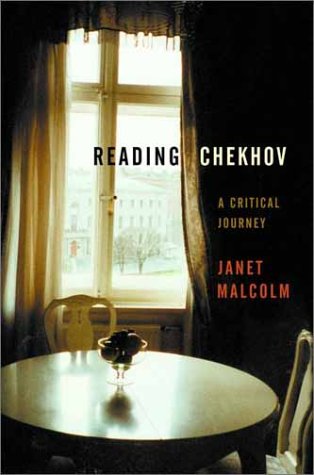 Longtime magazine writer Malcolm (; ; etc.) is known for her fearlessly opinionated takes on controversial subjects, from psychoanalysis to murder cases. This short meditation in 13 untitled chapters is a reflection on her reading of a favorite author, famed 19th-century playwright and short story writer Anton Chekhov, in the context of a recent tourist trip she took through contemporary Russia. Malcolm's considerable investigative reporting skills reveal the expected squalor and fallout from the Soviet years, though she admits that she knows no Russian and relied on tour guides as translators (whom she describes mercilessly down to their bodily flaws). However, although Malcolm admits that she necessarily reads Chekhov in English, she does not inquire how much her own perception of the author results from depending (according to the slim bibliography at the end of the book ) on the Edwardian fallibility of translator Constance Garnett. She agrees with all biographers that Chekhov was an admirably humane man, writing prolifically to earn a living because he charged his peasant patients nothing for medical care. The anecdotes may be the more compelling stuff here, however, as when Malcolm squabbles with a curator of a Moscow Chekhov Museum, who does not wish to inform the inquiring American journalist how she manages to earn a living. Readers eager for a taste of the dismal tourist experience Russia offers these days—trains, to no surprise, are decorated with "cheap and ugly relics of the Soviet period" and the food served on them is "gray and inedible"—will snap up these concise, somewhat bitter musings. Fans of Russian lit may squabble with some of the heavier moralizing, but will appreciate this real example of a fan's notes. And Malcolm's many regular readers are a lock.