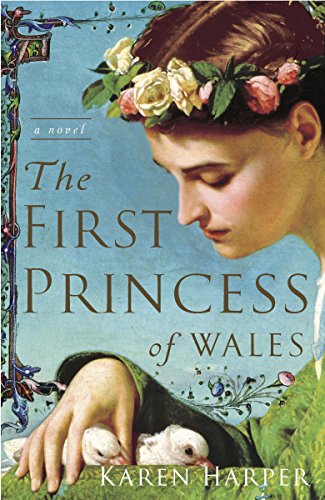 The First Princess of Wales

Harper's (sort of) latest (after , but originally published in 1984 as ) breathes a lust for life into history's distant icons. Fiery-tempered Joan of Kent arrives in the court of King Edward III, but is ill-prepared for the complicated court politicking and attentions of debonair Prince Edward. From their first meeting, the two engage in a standoffish flirtation that continues even as Joan learns that Edward's family had a part in her father's long-ago execution for treason. She sets her sights on Edward as a target for revenge, but her thirst for payback turns into a passion denied fulfillment by circumstances that keep them apart. As the years pass, Joan marries another man and starts a family, her brother John is killed, and Edward leads the English army to victory in France. Harper keeps the tension taut as she weaves together the many subplots into a first-rate epic. Love prevails in a grand fashion at the end.