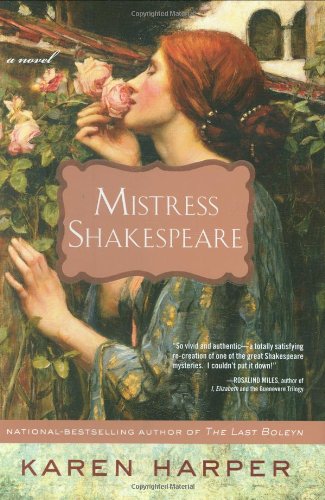 On November 27, 1582, the Worcester archives show a grant for a marriage license for one Anne Whateley and her groom, Wm Shaxpere. Yet several days later, William Shakespeare married a pregnant Anne Hathaway. Harper's slack latest takes this mystery as its subject, imagining Anne Whateley as Shakespeare's only true love. Friends from childhood driven apart by their families' antipathy, Will and Anne rediscover each other as they come of age, and the young lovers plan to wed in spite of their families' disapproval. When Will is forced into marriage with Anne Hathaway, Anne Whateley flees to London and throws herself into her family's business, but the two reunite when Will arrives in London, and Anne becomes his tireless promoter. The novel's chief pleasures derive from the easy intersection of Shakespeare's work, the history of Elizabethan England and the life that the author imagines Shakespeare might have had. Though the Bard's language infuses the story with life, the emotions underlying the lovers' ruptures and reunions feel repetitive, and because there is never any question about how the romance plays out, the central narrative feels flat.