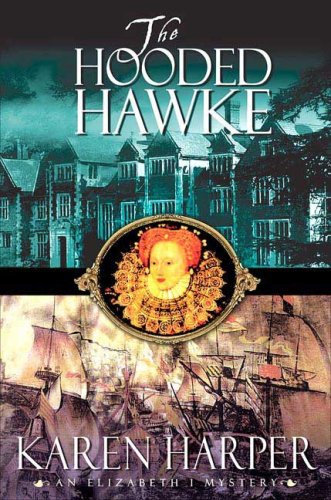 The Hooded Hawke: An Elizabeth I Mystery

Harper's fast-paced, suspenseful ninth historical (after 2005's ) finds Elizabeth I beset by Spanish antagonism at sea and by political rivals in England, especially the scheming Mary, Queen of Scots, and the rebellious northern lords. While on a summer outing in 1569 with her new ally, Francis Drake, an arrow barely misses Elizabeth, claiming the life of her falconer instead. After another arrow whizzes dangerously between the queen and her herbalist, her royal suspicions of a larger conspiracy solidify. She'll need all her wits and the assistance of her loyal servants to piece out who is the true target of the attacks. While the conceit of Elizabeth herself as an active sleuth requires some suspension of disbelief, readers who buy in will likely find themselves spellbound by the characters, plotting and plausible period detail. Harper is also the author of (Mass Market, p. 39).