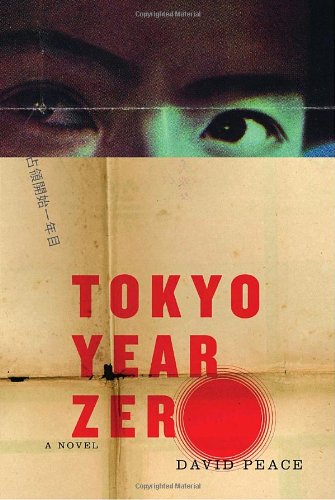 British author Peace ( , winner of the James Tait Black Memorial Prize for Fiction) bases this riveting novel on a real-life serial-killer case in post-WWII Japan. When the nude body of a young woman turns up in a local park, Inspector Minami of the Tokyo police and his squad of detectives investigate. At the crime scene, Minami finds another woman’s body nearby and begins to suspect there will be more to come. Minami, married and a father of two, is smart, tenacious and experienced; he’s also addicted to sedatives, keeps a mistress, is in the pocket of a local crime lord and not above sampling the wares of prostitutes he encounters while roaming the city at night. Tokyo has been heavily damaged by Allied bombing, the populace is starving, the occupying victors are overbearing and brutal; for the Japanese, there’s only an unrelenting struggle to stay alive in a nightmare world. Peace, whose complex style feels like a cross between Haruki Murakami and James Ellroy, delivers an expressionistic portrait of a harrowing, devastated time and place.