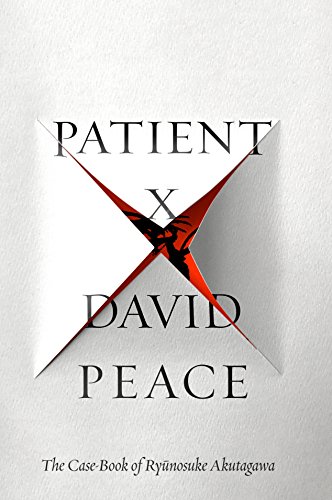 In this sly, intermittently arresting novel, Peace (Occupied City) draws on the life and work of Ryu¯nosuke Akutagawa, a Japanese author “dogged with accusations of unoriginality,” to create a sui generis portrait. Peace has written two fictional biographies of British soccer coaches and turns to a more bookish subject here: a tortured writer best known for the short story that was adapted into the Akira Kurosawa film Rashomon. The novel is composed of 12 tales from various periods in Akutagawa’s life, beginning inside his mother’s womb, where he is unsure he wants to be “born into this world.” His noisy birth presages existential agonies: “you scream, alone, alone, you scream and you scream.” In similarly portentous style, Peace narrates the prolific writer’s artistic apprenticeship, spiritual struggle, growing fascination with Christianity, and suicide in middle age. Peace captures his subject’s febrile sensibility, the way literature forms and deforms him. Reading Poe, a major influence, makes Akutagawa feel “the fragility of his mind, so easily, easily fragmented and torn, shattered and ripped into so many, many pieces.” Akutagawa’s own writing is marked by “a frantic intensity, filling the decaying world of this supernatural story with horrific beasts.” Some of the tales capture Akutagawa’s mesmerizing energy, while others are wan, if devoted, homages, making this book most recommendable to fans of Akutagawa. [em](Sept.) [/em]
close
Details