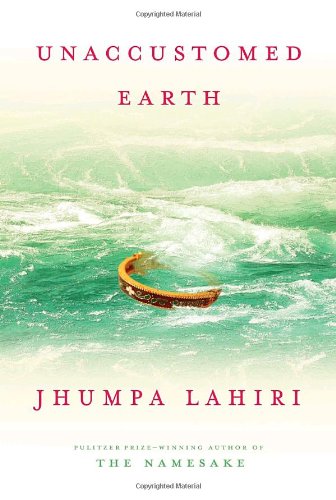 The gulf that separates expatriate Bengali parents from their American-raised childrenâ€”and that separates the children from Indiaâ€”remains Lahiri's subject for this follow-up to and . In this set of eight stories, the results are again stunning. In the title story, Brooklyn-to-Seattle transplant Ruma frets about a presumed obligation to bring her widower father into her home, a stressful decision taken out of her hands by his unexpected independence. The alcoholism of Rahul is described by his elder sister, Sudha; her disappointment and bewilderment pack a particularly powerful punch. And in the loosely linked trio of stories closing the collection, the lives of Hema and Kaushik intersect over the years, first in 1974 when she is six and he is nine; then a few years later when, at 13, she swoons at the now-handsome 16-year-old teen's reappearance; and again in Italy, when she is a 37-year-old academic about to enter an arranged marriage, and he is a 40-year-old photojournalist. An inchoate grief for mothers lost at different stages of life enters many tales and, as the book progresses, takes on enormous resonance. Lahiri's stories of exile, identity, disappointment and maturation evince a spare and subtle mastery that has few contemporary equals.