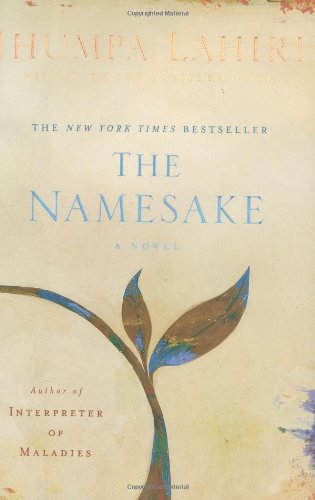 One of the most anticipated books of the year, Lahiri's first novel (after 1999's Pulitzer Prize–winning ) amounts to less than the sum of its parts. Hopscotching across 25 years, it begins when newlyweds Ashoke and Ashima Ganguli emigrate to Cambridge, Mass., in 1968, where Ashima immediately gives birth to a son, Gogol—a pet name that becomes permanent when his formal name, traditionally bestowed by the maternal grandmother, is posted in a letter from India, but lost in transit. Ashoke becomes a professor of engineering, but Ashima has a harder time assimilating, unwilling to give up her ties to India. A leap ahead to the '80s finds the teenage Gogol ashamed of his Indian heritage and his unusual name, which he sheds as he moves on to college at Yale and graduate school at Columbia, legally changing it to Nikhil. In one of the most telling chapters, Gogol moves into the home of a family of wealthy Manhattan WASPs and is initiated into a lifestyle idealized in Ralph Lauren ads. Here, Lahiri demonstrates her considerable powers of perception and her ability to convey the discomfort of feeling "other" in a world many would aspire to inhabit. After the death of Gogol's father interrupts this interlude, Lahiri again jumps ahead a year, quickly moving Gogol into marriage, divorce and a role as a dutiful if a bit guilt-stricken son. This small summary demonstrates what is most flawed about the novel: jarring pacing that leaves too many emotional voids between chapters. Lahiri offers a number of beautiful and moving tableaus, but these fail to coalesce into something more than a modest family saga. By any other writer, this would be hailed as a promising debut, but it fails to clear the exceedingly high bar set by her previous work.