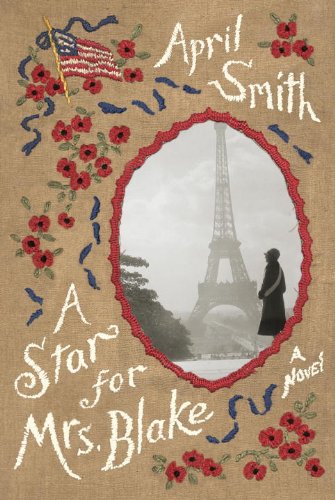 A Star for Mrs. Blake

Smith’s sixth novel, a departure from her Ana Grey thrillers, presents the touching story, set in the 1930s, of Gold Star Mothers—the mothers of fallen U.S. service members—visiting their sons’ graves in France. Cora Blake lives in Maine, where she is raising her three nieces after her sister’s death. Struggling from day to day to survive the Depression, Cora learns of a chance, courtesy of the U.S. government, to see the last resting place of her son, killed in WWII. She ends up being the glue that holds together “Party A,” which includes, along with their escorts Second Lt. Thomas Hammond and nurse Lily Barnett, a Boston socialite, an Irish maid, and, temporarily, an African-American woman. The trip’s organizers soon correct this “mistake,” but the woman’s white replacement proves mentally unstable. During the trip, Cora meets down-on-his luck reporter Griffin Reed, who was badly disfigured while covering the war, and whose investigative skills bring her a gift beyond her hopes. Smith captures the mothers’ interactions in beautiful detail and delves into the government’s not-entirely-altruistic reasons for sponsoring the trip. Several plot threads, however, are unresolved, leaving the reader wanting more at the end of this captivating read. Agent: Molly Friedrich, Friedrich Literary Agency. (Jan.)
close
Details