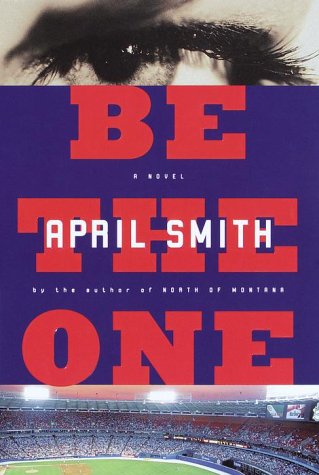 Cassidy Sanderson, the 35-year-old heroine of Smith's (North of Montana) tough, smart novel, is a baseball scout for the L.A. DodgersDthe only woman scout in the major leagues in 1994. On a hot tip from her godfather, Pedro, a ""successful bird-dog scout, "" she goes to the Dominican Republic in pursuit of a young center fielder named Alberto Cruz. During this unauthorized trip, she meets Joe Galinis, a downtown-L.A. developer to whom she is immediately drawn. She and Joe, along with Alberto, drive drunk into a hurricane, and a confusing accident in the violent murky weather (related in interspersed flashbacks) yields misfortune that follows them back to Los Angeles. As Cassidy gets Alberto into training in California, the action, somewhat sluggish at the outset, quickens: Alberto and Joe receive anonymous blackmail notes, and Cassidy runs into danger on a trip to view spring training in Vero Beach, Fla. The Dodgers and the L.A. and Vero Beach police departments get involved, which stands to jeopardize the careers of Alberto, Joe and CassidyDas well as the romance developing between the latter two. To Cassidy, baseball is more than business: formerly a pro softball player, she has always been a pioneer; in addition, she's living out the expectations of her beloved, deceased brother. Befriended in Vero Beach by detective Nate Allen, who later ends up in L.A. on official business, she faces a host of difficult decisions. Smith's characters are hard to empathize withDCassidy, in particular, keeps her game face so assiduously that the reader only sometimes glimpses her vulnerabilitiesDand a major leap in determining the blackmailer's motive isn't confirmed until the end, which threatens the story's plausibility. While the writing is generally firm and judicious, Smith's prose sometimes swerves into the overly ornate. But this ambitious novel, much to its credit, does venture beyond these ambivalences to provocatively rephrase the perennial tale of a woman in a man's world. 75,000 first printing. (July)
close
Details