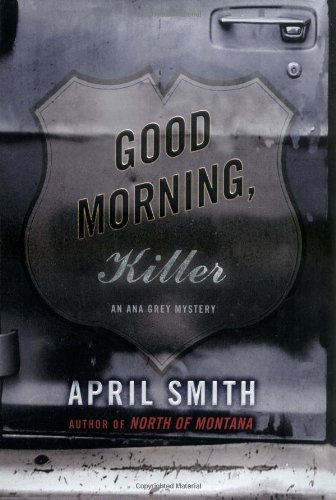 Intelligent and uncompromising, this second in a series by Smith reprises the successes of her acclaimed first thriller, . Feisty, unconventional FBI Special Agent Ana Grey is teamed with tough but compassionate Police Det. Andrew Berringer on a kidnapping case involving Santa Monica teen Juliana Meyer-Murphy. Grey and Berringer continue the tempestuous personal relationship begun in Smith's first novel: "That's how we met. Working the same bank robbery, dubbed 'Mission Impossible' because the bandit came in through the roof. We don't always catch the bad guys, but we're great with the nicknames." After Juliana is released alive but physically and psychologically devastated, the case becomes personal for Ana. Learning the harrowing particulars of Juliana's ordeal and observing the well-meaning but brutally invasive examinations the girl must undergo—described in clinical detail—she grows more and more obsessed with the demented killer/rapist, a charismatic ex-marine. As the chase intensifies, so does Ana's troubled relationship with Andrew. An argument that escalates into physical confrontation changes the lives of both when Ana pulls a gun and fires. While Ana is still in the middle of the fallout, the kidnapping case ends in a –style standoff at the killer's private gallery of horrors. Smith's finely calibrated, unsentimental writing and tart humor make her a standout in the genre. She doesn't just tell a story; she illuminates the human condition through the pain and complex lives—and deaths—of her compelling characters.