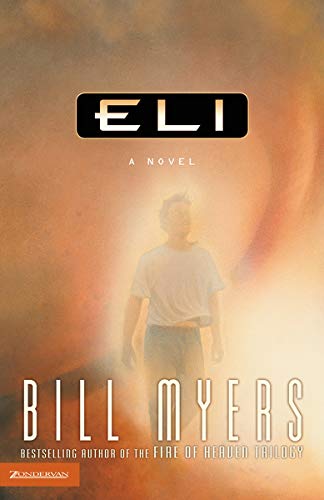 Saunders's (Pastoralia) idiosyncratic voice makes an almost perfect accompaniment to children's book illustrator Smith's (The Stinky Cheese Man) heightened characterizations and slightly surreal backdrops in this unconventional fairy tale for grownups. Saunders describes the setting, the town of Frip, as ""three leaning shacks by the sea,"" which Smith represents as oblong two-story towers in brick red, ocean blue and mint green situated on irregular plots of land with sinewy trees against a yellow sky that suggest a Daliesque eerieness. The 1,500 gappers, spiky little creatures with multiple eyes, feed on the goats that graze the shacks' backyards; by habit, they split into three groups to attack all three properties at once. One day, the gappers decide that henceforth they will concentrate all their efforts on the goats at only one house, the one closest to the sea--inhabited by a girl, Capable, and her grieving, widowed father. Soon, the two unafflicted families begin to tell themselves that they are superior to Capable and her father (""Not that we're saying we're better than you, necessarily, it's just that, since gappers are bad, and since you and you alone now have them, it only stands to reason that you are not, perhaps, quite as good as us""). Of course it's only a matter of time until everybody's luck changes. The Saunders-Smith collaboration is inspired. Smith adds witty touches throughout, and Saunders's dialogue features uncannily amusing deadpan repetitions and platitudinous self-exculpations. Saunders is much too hip to bring this fable to an edifying ending, but things do conclude as happily as is possible in the morally challenged, circumscribed world of Frip. 100,000 first printing; major ad/promo; author tour. (Aug.) ELI: A NOVEL Bill Myers. Zondervan, $12.99 paper (304p) ISBN 0-310-218039 ~ In this compelling if at times frustrating novel, Myers imagines a parallel universe in which Jesus Christ is born not 2,000 years ago in Bethlehem but 30 years ago in Santa Monica, Calif. Through Conrad Davis, a universe-hopping journalist, we meet the 20th-century Jesus, whose name is Eli Shepherd. In less capable hands, science fiction about a contemporary messiah might become a morass of polemic and pulp, but Myers weaves a deft, affecting tale that preserves the enigmatically audacious Jesus of the New Testament and situates him in our weary, jaded, media-saturated society. And unlike other contemporary Christian novelists who transparently take aim at all things left of center, Myers delivers a messiah who transcends politics, eschewing both the Left and the Right in favor of a place his listeners have never heard of, called ""The Kingdom of God."" Eli's travels with his disciples-- who include a pornography mogul and a white supremacist--enlighten, entertain and challenge both his fictive and actual audience. Yet it's disappointing that the novel climaxes as Eli's betrayer is revealed; the crucifixion, resurrection and ascension feel like afterthoughts--events that deeply affect Conrad but not necessarily anyone else. Despite this and other lapses, such as Eli's uncharacteristically lame explanation for the absence of female disciples, this is a refreshing departure from the usual clich s of popular Christian fiction. (Aug.)
close
Details