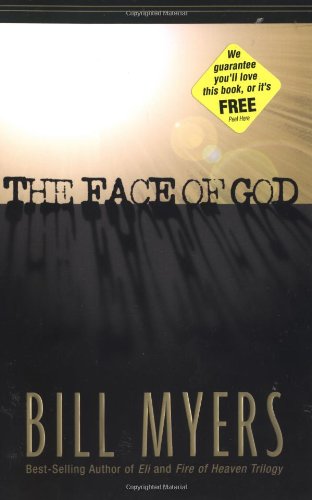 THE FACE OF GOD

Strong writing, edgy violence and a made-for-the-movies sensibility characterize this thriller from CBA veteran author and film director Myers. When successful megachurch pastor Daniel Lawson's wife, Jill, is murdered in the Istanbul Spice Bazaar while on a church tour, he is left holding a mysterious stone dating from Old Testament times, which represents one of the 12 tribes of Israel. When all 12 stones are brought together with two others, they are believed to enable the voice of God to be heard. Lawson takes a leave of absence from his church, then teams up with his alienated teenage son, Tyler; clumsy archeologist Dr. Helen Zimmerman; and Nayra Fazil, a Muslim university student, to find the remaining stones. The suspense builds as Ibrahim el-Magd, an Islamic terrorist, also attempts to gather the stones so he might determine the will of Allah before unleashing a horrific act of global mayhem. The abundance of violence (a young thief's hand amputated, a woman's breast sliced off, an attempted female circumcision) may shock CBA readers, but Myers uses it to show the potential dangers of religious fundamentalism. Lawson's grief over his wife's death seems a bit short-lived and, as with many suspense novels, some events require a generous suspension of disbelief. However, Myers fleshes out the multifaceted character of Ibrahim el-Magd in a way that sheds light on his motivations; the story is replete with action; and the book admirably avoids an implausibly neat ending. Myers's popular reputation and the book's link to current events will likely woo CBA readers.