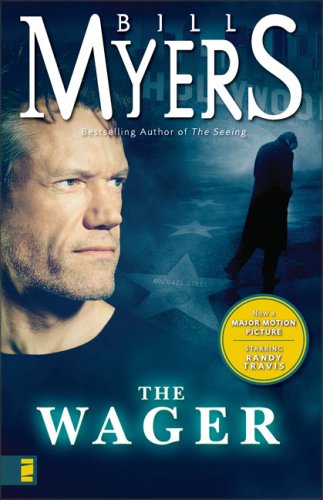 The prolific Myers ambitiously tackles themes from the biblical book of Job, the Sermon on the Mount and the Lord's Prayer in this novella that intentionally functions as a Bible study as well as fiction, and only partially succeeds on either level. Film star Michael Steel is 10 days away from a probable Academy Award. In dialogues between God and Satan, the reader finds that Michael is about to become the object of a Job-like wager: God contends that Michael will be able to live out the principles of the Sermon on the Mount in the face of any disaster Satan sends. The battle begins. Michael's wife, Tanya, serves him with divorce papers; the media launches a smear campaign accusing him of pedophilia; and then he is covered, Job-like, with a terrible rash. He learns through these trials that his success as a Christian comes not from hard work, but from staying connected to God. Myers handles many of the novel's themes well (including his refusal to patch up the failing marriage between two Christians), but offers other contrived situations, including a drunk-driving accident that is almost a mandatory means of death for characters in Christian fiction. As Bible study material, the questions provided at the novella's end only graze the bigger issue raised by the wager—God's role in evil and suffering. Myers is a competent writer, however, and his legions of evangelical Christian fans should find this an enjoyable read.