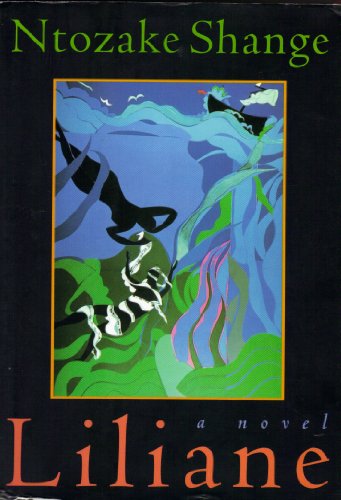 Liliane: Resurrection of the Daughter

Like her first two novels (Sassafrass, Cypress & Indigo; Betsey Brown), Shange's third offers insightful portraits of several young black women, most notably of Liliane, a visual artist. The book's narrative structure, which intersperses vivid prose-poetry with terse dramatic dialogue, is complex, challenging-and sometimes difficult to navigate. Monologues by more than a half-dozen voices collide in cacophany nearly as often as they blend in harmony, and the transcript-like conversations between Liliane and her psychoanalyst are difficult to follow because they're presented with minimal regard to speaker identification. These dialogues reveal Liliane's strong discomfort with racial issues (like Shange, she was raised in an upper-middle class household) and her seismic fury at her mother, whose disappearance when Liliane was a child, it turns out, was due not to her untimely death but to her running off with a white man. Meanwhile, Liliane's voice, as well as those of her friends and lovers, interrupts the psychoanalytic sessions to comment on Liliane's volatile behavior-her propensity to be drawn in many directions as she seeks to assimilate with cultures domestic and foreign, black and white, rich and poor. (Liliane wants to learn ``every language, slave language, any black person in the Western Hemisphere ever spoke,'' remarks Victor-Jesus Maria, one of her lovers: ``She had to believe there was a way of talking herself out of 500 years of disdain.'') In her apparent determination to make Liliane lovable and universal (``We were all blessed,'' comments one character, ``to have the privilege to love her... anybody's colored child, anybody's daughter''), Shange emphasizes her heroine's most appealing qualities: independence, sensuality, intelligence. Still, Liliane remains marvelously complex, a chameleon at once archetypal and idiosyncratic, a woman whose weighty grapplings with the psychic and social forces that both drive and sunder her are leavened with a wicked sense of humor: ``I'm not going to come out of my house,'' she promises at one point, ``until there are some hip black people in outer space.'' 85,000 first printing; author tour. (Nov.)
close
Details