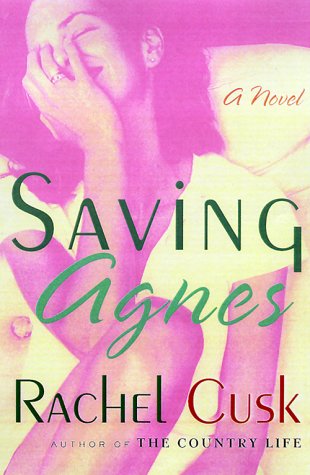 After the critical success of The Country Life, Cusk's American audience should relish the opportunity to read her Whitbread Prize-winning debut novel, first published in Britain in 1993. Here, too, a na ve young woman is the heroine of a compelling and eloquent tale about her devastating first love affair, and her emergence, newly independent, into the adult world. Agnes Day lives in London with her friends Nina and Merlin, buddies since Oxford, and works at a magazine called Diplomat's Week. Agnes hates her name, and the ordinariness of her life. Longing for love, she thinks she has found her opportunity in John, a handsome, somewhat mysterious man whose suave nonchalance is matched by his subtle perversity. As in The Country Life, Cusk reveals bits and pieces of the affair through Agnes's memories, a device that allows her to show how scenes from their relationship come back to haunt Agnes after the breakup. Hidden to the reader, as it was to Agnes, is a crucial secret about John that her friends kept from her. Cusk writes witty and winding sentences that are a joy to read, once one gets past the first chapters of the novel, where they are frustratingly unrelieved by plot. However, as the complications of the story--the affair, the dramas at the magazine, the roommate problems--assume clear focus, the narrative becomes engrossing. Quirky but appealing characters and wry social commentary enliven the narrative, and Cusk's use of telling detail is exquisite and sometimes diabolical. The dialogue is often hilarious, illuminating even minor characters with pithy lan. Readers will find themselves plugging for the hapless but increasingly feisty Agnes--and savoring Cusk's rich explorations into the life of a young woman whose view of the world is never rosy, but who, in the book's closing scenes, comes to understand that future happiness can lurk in an event as ordinary as a bus ride. (Jan.)
close
Details