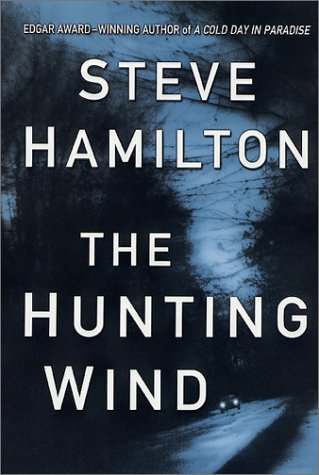 Edgar and Shamus Awards–winner Hamilton's third Alex McKnight thriller (after ; ) is the next best thing to Evelyn Wood. It is un-put-downable. McKnight, a former Detroit cop, was "retired" by a bullet that remains lodged in his chest. He owns a small business in upstate Michigan and likes to spend his time in the local pub watching his beloved Tigers on TV. One day, an old friend walks in—a man he hasn't seen for 30 years. Alex has a soft spot for old buddies who exploit him mercilessly. This one is no exception. He wants Alex to help him find an former girlfriend whom he hasn't seen in decades. As he won't listen to reason, he and Alex are soon in Detroit on the almost nonexistent trail of his boyhood love. It is a leisurely—but interesting—trek that doesn't quicken until it seems to peter out entirely. Then, an unexpected act of violence causes everything we have believed real to blur into a haze of doubt. We are in the glorious, shadowy realm of noir where nothing is what it seems. Alex, the street-smart cop, is momentarily a babe in the woods in a pit of vipers. Hamilton's prose moves us smoothly along and his characters are marvelously real. His world is an existential one—merciless to the innocent—but in this exceptionally entertaining novel, McKnight is a decent man whose wits are a match for a whole world of vipers.